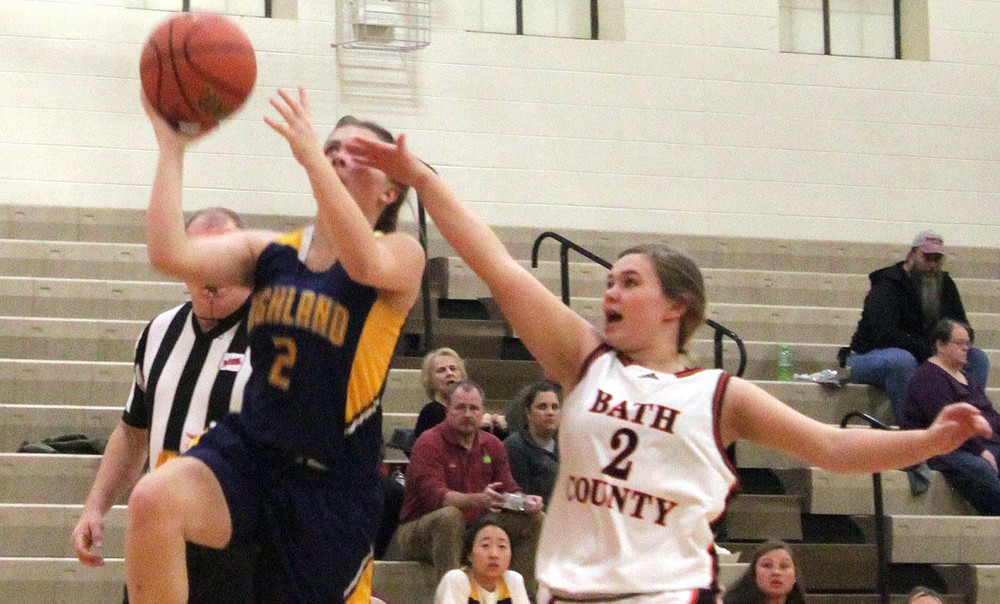 HOT SPRINGS — The Highland girls got in the win column here Tuesday night.

Jazmine Douglas scored eight of her game-high 14 points in the final quarter, leading the Rams to a 32-16 junior varsity basketball win over Bath County.

Highland led 16-9 at the halftime break and 19-11 after three quarters.

Highland improved to 1-7 on the season, while Bath County dropped to 0-7.

The Rams will play at Craig County tonight in a game that was moved up a day from Friday. The Chargers play at Parry McCluer on Friday.

Good had 13 points against the Blues, Adams scored seven, Douglas had five, while Meyerhoeffer and Annah Moyers each had two.

Douglas led the Rams with 12 against Narrows, Tessa Bendel had five, and Adams scored two.

Monday at Pocahontas, Douglas led the way with four, Good had three, while Adams and Meyerhoeffer scored two each.