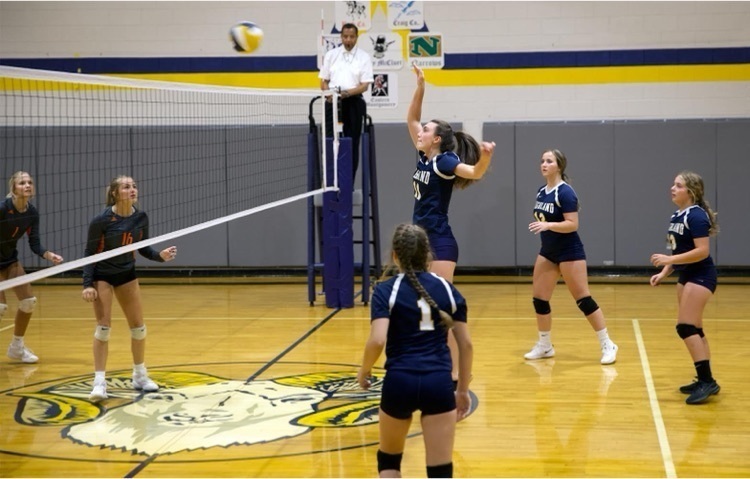 Gardzinski served the visitors to big leads in all three sets.

Bath County led 11-0 in the first behind her five aces and two Caleigh Hazelwood kills, they scored seven straight to start the second, three on Gardzinski aces, and jumped to a 12-0 lead in the third with Essex recording a pair of kills.

The Chargers had a different line-up than what they have played with for most of the year, including Essex being the primary setter.

“A totally different roll for Anna,” said BCHS coach Chrisy Harmon. “I just wanted to play ladies at different positions. I try to make sure the ladies are versatile and are able to play in different spots just in case we run into something. Tonight showed that Anna can be the setter and that Laken (Tingler) can be back row and front row. It showed that these girls can work together and help out when needed.”

Zalea Good led the Rams, who were playing their home opener, with two aces, a kill and a block.

Colleen Adams had two digs, Brianna Wimer had a block and a dig, Annah Moyers had one ace and Emma Summers and Kirsten Wood had one dig each.

“I think we are really spurty,” said Rams coach Cindy Wood. “We will go a few times and we will volley and have some really good pass, set, hits and then we'll go a few times where we don't. We're just not consistent.

“We have to really focus on where we need to be,” she added. “The transitions are not where they need to be yet. I guess that comes with more practice and more playing. With only two returning players from last year and really no subs, that makes it a little tough.”

The Chargers were led by Delaney Hicklin with seven aces and Sierra Gardener, Embrie Hazelwood and Kiana Williamson with two kills each.

Both the Chargers and Rams were back on the court with road matches on Tuesday.

The Rams, who had just six players available, were led by Wimer with three digs and three blocks, Good with four blocks and one kill and Summers with two digs.

Junior varsity matches on Tuesday saw Pendleton County knock off Highland (0-5) and the Charger jayvees (7-4) down the Fighting Blues, 25-9, 25-21.