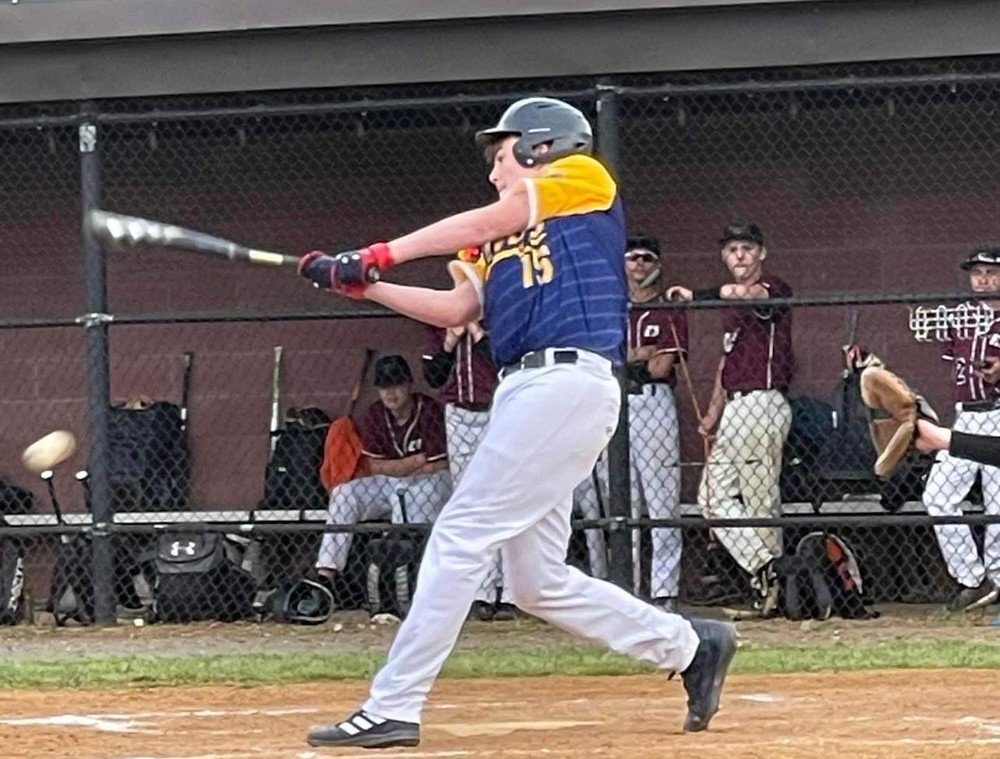 ELLISTON — The Highland Rams’ baseball team is 3-1 so far this season and certainly showed why last Wednesday evening when they traveled to Eastern Montgomery to take on the Mustangs.
After the long bus ride, the Rams came out swinging, scoring four runs in the top of first. Michael Campbell was hit by a pitch and then stole second. Teammate Ethan Moore drove him home with a triple to the left field wall. Colton Williams soon followed with a triple to the center field wall. Eli Moore drove Williams home with a double and Evan Kimble drove home Eli Moore.
Williams started the game and pitched two innings, walking two, striking out five, and not allowing any hits.
Zach Armstrong led the second inning with a single to right field, then Campbell hit a triple to bring Armstrong home. Williams followed with a double to score Campbell, while Kimble drove in Williams with a single.
The Rams led 7-0 after two innings of play. Highland continued to dominate with hit-and-score runs with 11 extra base hits and 15 RBIs.
The Rams used four pitchers during the game — Williams, Moore, Zach Wright, and Patton Hull — to strike out 10 of the 21 Mustang hitters that stepped into the box. The four pitchers only allowed one hit and no runs, allowing Highland to celebrate the beginning of spring break with a 19-0 win.
Come see them at their next home games — Thursday, April 21 they will take on Parry McCluer beginning at 5 p.m., and they play a doubleheader Saturday, April 23 at 1 p.m. against Pendleton County, W.Va.