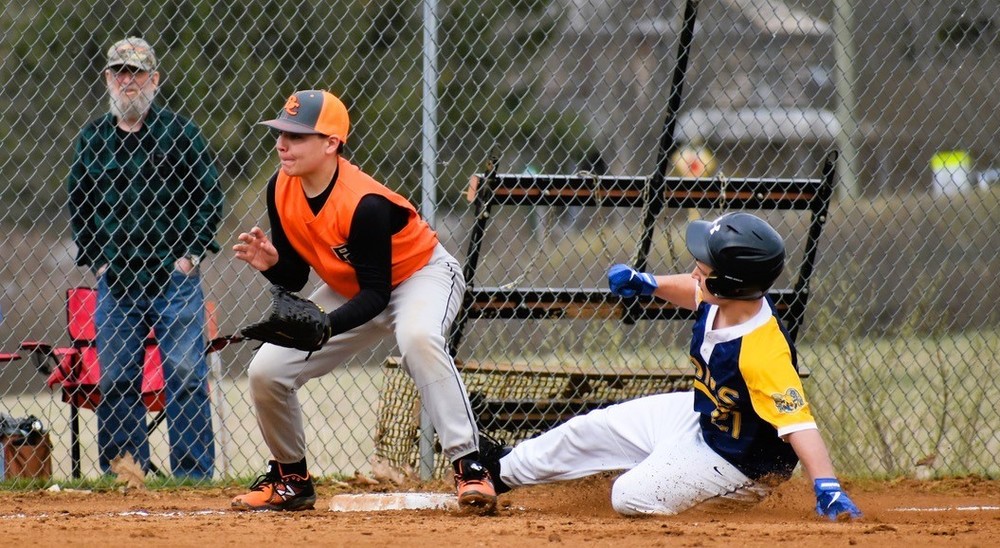 Highland shuts out Bath on the diamond in JV action

to take on the Rams in their first home game of the season Tuesday.
The Rams came out of the gate with a bang, with Elijah Good on the mound, producing three
strikeouts.
In the first inning, the Chargers produced no runs, with the first three hitters getting out at first base.
For the Rams, Zach Armstrong started off with a walk, and was brought home by Michael Campbell’s
double. Evan Kimble was walked, too, brought home by Elijah Good.
Eli Moore then hit a single and was brought home by Zach Wright to give the Rams four runs and the
lead.
In the second inning, the Chargers were unable to add points to the board while the Rams came out
swinging.
Rams Campbell, Kimble, and Moore each produced doubles, bringing each other home to score three
runs. Moore was brought home by Good’s single. Patton Hull scored a run through Wright’s single, and
a steal to second due to an overthrow at first.
With Armstrong on the mound, the Chargers were unable to score in the third inning.
On the Highland side, Campbell came home on a walk though Moore’s single. Moore found home plate
through Good’s single. Tristian Carpenter’s walk brought Wright home to add four more runs to the
board. This gave the Rams the win, 13-0.
The Rams will face off at home against Perry McCluer on Thursday, April 21 beginning at 5 p.m. and
Pendleton County on Saturday, April 23 at 1 p.m.