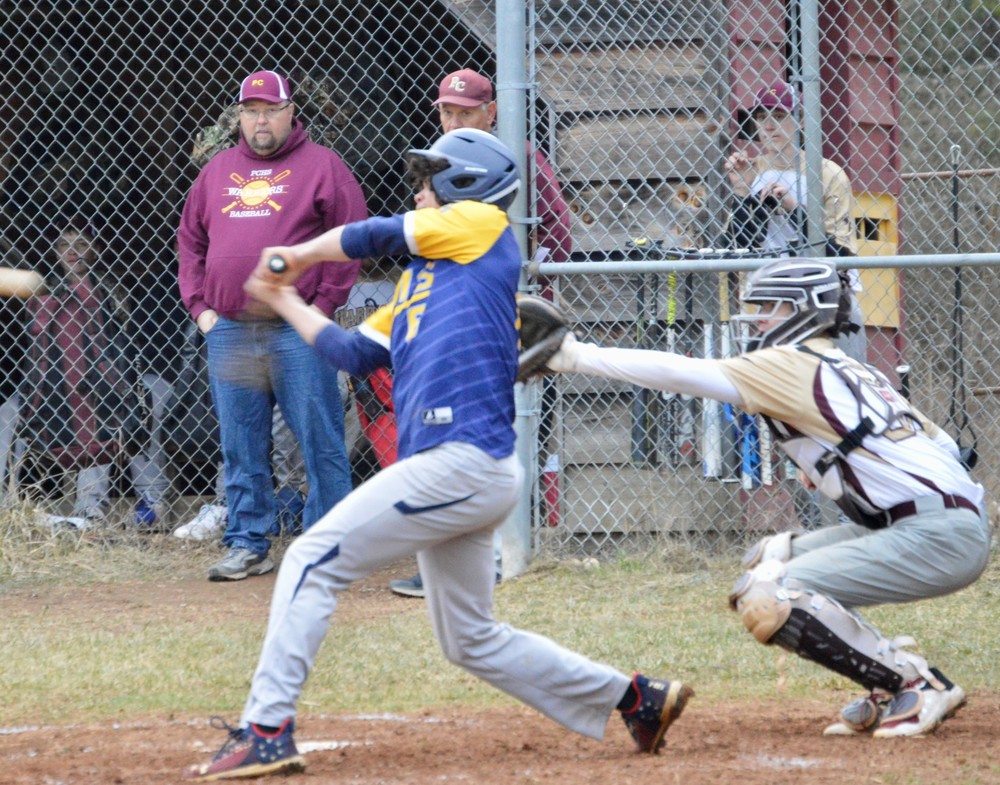 MONTEREY — On Friday, the Highland Rams’ baseball team traveled to Pocahontas for their first game of the season.

Ethan Moore was the starting pitcher for the Rams and pitched four innings only allowing three hits and two runs.
Colton Williams hit a triple in the fourth inning then scored a run on a wild pitch.
In the sixth, Cayden Roberson singled on a bunt and reached third base on an overthrow at first.
Michael Campbell hit a double and brought Roberson home.
Then Williams brought Campbell home by hitting a single, taking the lead 3-2 going into the bottom of the sixth.
Eli Moore crossed the plate for the Rams in the seventh. John Wagner and Evan Kimble both got into scoring position by stealing bases and were knocked in off of a double by Roberson.
Eli Moore came in relief in the fifth, shutting down the Warrior hitters.
Moore pitched three innings allowing one hit and no runs, and struck out eight.
The Rams took home the win on a cold, windy evening, 5-2.
Coach J.D. Hiner said his goals for this season include helping each player improve their skills and become better young men. “As far as team goals go, I’d like to win most of our games, and be competitive every time we take the field. We have a special group of young men who have been working the tails off this last month. I’m looking forward to what this season has in store for us,” he said.
The Rams look forward to their next game on March 31 at Eastern Montgomery. Their first home games will be against Parry McCluer on Tuesday, April 5, and Pocahontas County on April 6 beginning at 5 p.m.